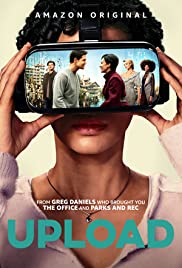 A man dies and has his consciousness uploaded to Lakeside, a virtual afterlife, complete with virtual concierge and in-app purchases. The show is produced by Amazon, which adds a layer of irony.

The Oculus Quest 2 is only the beginning of what virtual reality can be, and these shows lay out where things are heading--try Upload as an introduction.