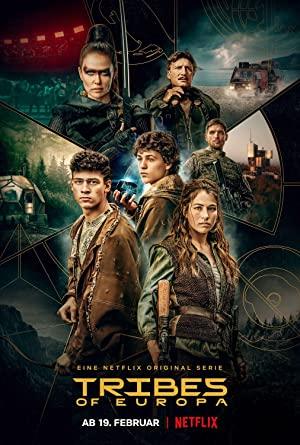 2074. In the wake of a mysterious global disaster, war rages between the Tribes that have emerged from the wreckage of Europe. Three siblings from the peaceful Origine tribe are separated and forced to forge their own paths.

These series explore what happens when you throw a group of teens or young adults into a post-apocalyptic world--thing The Walking Dead meets Lord of the Flies--what could possibly go wrong?