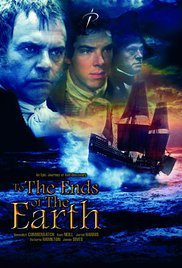 In 1812, young British aristocrat Edmund Talbot travels by ship to Australia, and learns more about himself and about life than he had ever bargained for.

Shows Like To the Ends of the Earth: Shows The Sun Never Sets On

Way back when the sun never set on the British Empire, and nowadays the shows about it; for queen, country, and naked capitalist greed!

Grab some 100 proof gin and hard tack (whatever that is), and dive in to these seafaring adventure shows, starting with Tom Hardy's excellent new show 'Taboo' - which wasn't scored by Nick Cave, but should have been.

These shows tell the story of convicts sent from England to Australia, and how they forged new communities down under.