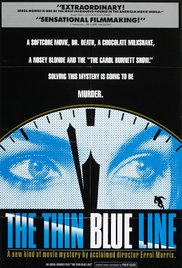 A film that successfully argued that a man was wrongly convicted for murder by a corrupt justice system in Dallas County, Texas.

Nearly 2,000 documentaries are submitted to the Sundance Film Festival every year, but only a handful change the world. Examples include 'Blackfish', which pressured Sea World to stop breeding Orcas in captivity, and 'Super Size Me', which influenced McDonald's decision to eliminate its Super Sized meals.

Documentaries breaking boundaries and dividing opinions like there's no tomorrow. Assuming you've seen 'Making a Murderer' (if you haven't, do you live under a rock?) Be sure to check out 'The Thin Blue Line 88'.

Ground-breaking documentaries with significant influence over future film-making as well as public perception.

These documentaries re-examine the trials of suspects charged with heinous crimes, question the verdicts, and in some case lead to the exoneration of the accused