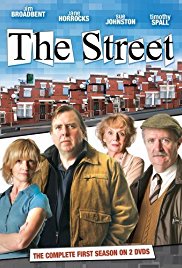 Series of one-off dramas, each focusing on a different house within the same street.