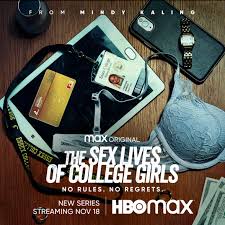 Three 18-year-old freshman roommates at Evermore College in Vermont. A bundle of contradictions and hormones, these sexually active college girls are equal parts lovable and infuriating.