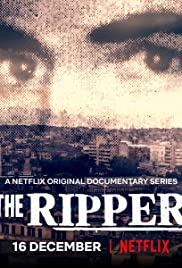 Investigators and witnesses recall how a modern-day Jack the Ripper terrorized the north of England during the late 1970s.

Old and new, dramas and documentaries, these shows are linked by their focus on Jack the Ripper, or in the case of the Alienist inspired by Jack the Ripper.

As chilling as they are interesting. Unprecedented access to the coldest killers and most deranged society has to offer.

Dramatizations of some of the most notorious crimes in British history, including recent miniseries Little Boy Blue and Three Girls.