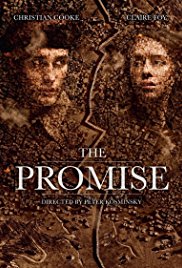 A young British girl travels to Israel/Palestine, retracing the steps of her grandfather - a British soldier stationed there in the 1940s.

These dramas set in the Middle East (and sometimes the Indian sub-continent) explore the complex political tensions of that region.

Shows like the Durrells in Corfu: British Period Dramas outside England

Not all British period dramas are set in manor estates in Buckinghamshire, and some of the best are set outside of Great Britain altogether.