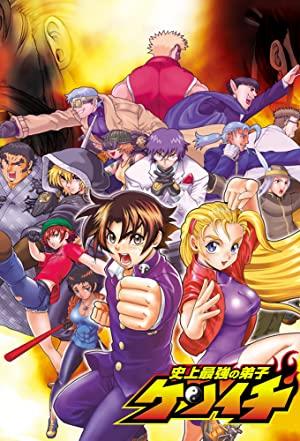 "Weak Legs" Kenichi Shirahama would rather spend his time reading self improvement books than fighting.