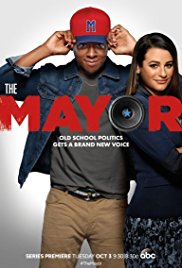 A struggling hip-hop artist runs for mayor to promote his mixtape and wins the election.

Shows Like Veep: Political Comedies Struggling to Keep Up

How do you produce a political comedy show when every day an event occurs 10 times more absurd than your latest episode? Pity the poor show-runners in this list of Veep-esque sitcoms.