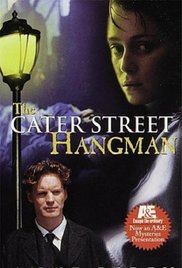 With the help of a feisty aristocratic woman, a working-class Scotland Yard inspector hunts for a serial killer of young women in Victorian London.