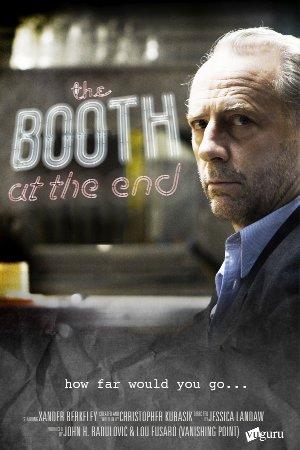 Everyone wants something. There is a mysterious figure who sits in the booth at the end, who you make a deal with to get what you want. You do the task or you don't - that is up to you, but...

Shows based on Stephen King books or ones that may have well as been, including smash-hit Stranger Things but also under-the-radar gems like Marianne.