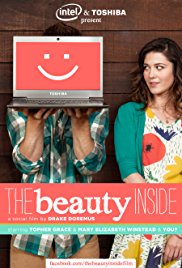 The story of "The Beauty Inside" is the story of a guy named Alex who wakes up every day as a different person. He is always the same person on the inside but on the outside he is somebody else. When he meets Leah and falls in love everything changes for him.

Shows like Rewind: Seize the Day...Over and Over Again

These time-travelers do traverse decades to save the universe, but instead jump back hours or days to help people closer to home.