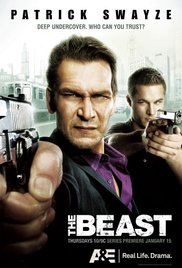 A veteran FBI agent is assigned a new partner, unaware that he was recruited as a double agent to investigate his activities.