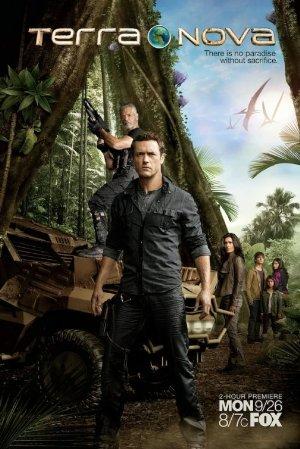 Centers on the Shannons, an ordinary family from 2149 when the planet is dying who are transported back 85 million years to prehistoric Earth where they join Terra Nova, a colony of humans with a second chance to build a civilization.

Cuddly to scary, documentaries to adventures, mash-ups with LEGO and Power Rangers--this list rounds up all the dinosaur TV shows available to stream.

If the bleak worldview of Orphan Black and Mr. Robot is getting you down, try this list of Science Fiction shows with a lighter vibe.

These dinosaurs are not cuddly--they're a bit scary--and young adventurers need to survive in lands where dinosaurs still roam--not for the youngest viewers but these shows are appropriate for older kids.