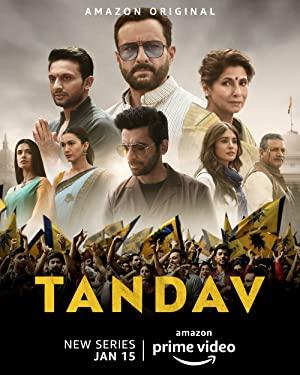 Tandav is a story that happens in the capital city of the world's largest democracy - DILLI (New Delhi), where it takes you inside the closed, chaotic doors of power and manipulation and uncover the darkest lanes of Indian politics.

A round-up of Bollywood TV comedies, rom coms, dramas, thrillers, and YA series.

From Dallas and Dynasty to Empire and Dirty Sexy Money, these prime-time soap operas unveil the dirty secrets and inner struggles of successful families.

These series take well-worn themes, like burnt-out detectives seeking redemption, and infuse them with a new energy. Set in India and starring some of Bollywood's biggest stars, shows like Sacred Games and Pataal Lok have been breakout shows.