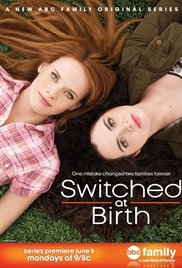 Two teenage girls' lives are turned upside down when they find out they were switched at birth.

A list of comedies and dramadies that respect the challenges facing people living with disabilities.