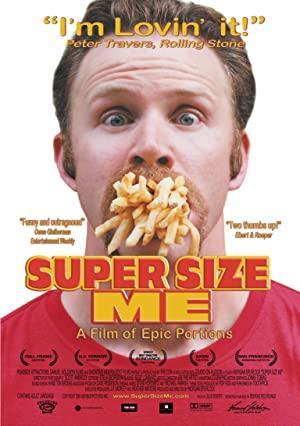 While examining the influence of the fast food industry, Morgan Spurlock personally explores the consequences on his health of a diet of solely McDonald's food for one month.

Nearly 2,000 documentaries are submitted to the Sundance Film Festival every year, but only a handful change the world. Examples include 'Blackfish', which pressured Sea World to stop breeding Orcas in captivity, and 'Super Size Me', which influenced McDonald's decision to eliminate its Super Sized meals.

Documentaries like Super Size Me: Social and Psychological Experiments

These documentaries detail social and psychological experiments that revealed deep insights into the human condition--and also into the minds of the scientists and documentary makers who ran the experiments.

Shows like Down to Earth with Zac Efron: Eating Well Documentaries

These series explore how how people can improve their health, and often times the planet as well, by changing how they eat.

After watching these documentaries, it's hard to imagine why everyone isn't a vegan, considering the multiple health and environmental benefits. And then you remember just how good bacon tastes...

Forget your British Baking shows, these documentaries take a critical look at the gastronomy-industrial complex, and don't like what they see.