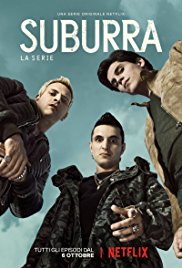 In 2008, a fight over land in a seaside town near Rome spirals into a deadly battle between organized crime, corrupt politicians and the Vatican.

If you like the Sopranos, you'll love these shows about the Mafia in Italy. Never mind the subtitles, the gritty drama and dark intrigue is worth the hassle.