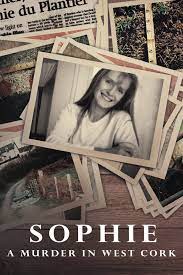 The documentary follows the investigation of Sophie Toscan Du Plantier, a French film and TV producer who was killed while at her isolated holiday cottage in West Cork, Ireland, in 1996.

Did They or Didn't They do it Crime Documentaries

In the spirit of Serial, these documentaries explore the cases of enigmatic characters who may or may not have committed the crimes they are accused of committing.