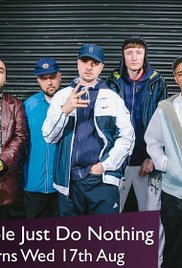 A mockumentary about a group of failed MCs from West London and their passion for pirate radio.