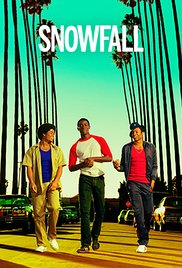 A look at the early days of the crack cocaine epidemic in Los Angeles during the beginning of the 1980s.

Shows like the Wire: Drug Dealers on the Street

Forget international cartel kingpins, these drug dealers stake out the corners of Dublin, Miami, and Baltimore, with a heater in the belt...probably a lot cooler than the 35 year-old Brian who delivers pot in your neighborhood.