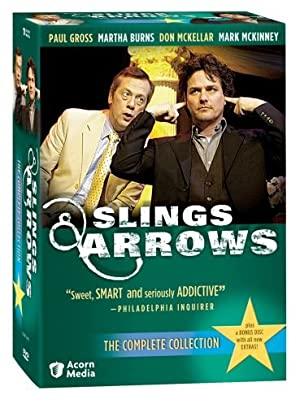 In the fictional town of New Burbage, legendary theatrical madman Geoffrey Tennant returns to the New Burbage Theatre Festival, the site of his greatest triumph and most humiliating failure...

If you're planning a trip to Stratford-Upon-Avon, and looking to do some research that doesn't involve a hefty book, why not take a peek at this eclectic list of shows about the Bard and his playsl

These comedies expose the humor of theater--from Broadway to the West End--a bit of an easy target, but some hilarious shows nonetheless--don't miss the Goes Wrong Show