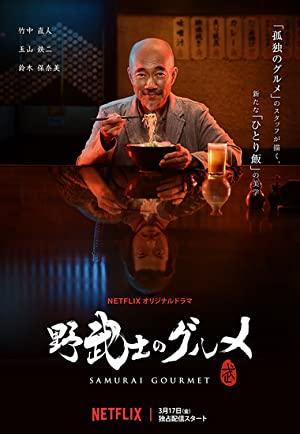 A 60 year old retired salary-man finds new purpose in exploring the food of his neighborhood. Aided by his fantasy companion, a samurai who inspires him to boldly experience this new chapter of his life.

An eclectic list of Japanese-language scripted TV series, with a solid representation of shows about great food--think Jiro Dreams of Sushi TV.

A smorgasbord of the most popular and highest-rated food shows, including cooking competitions, food-based travelogues, and a few dramas centered on really good meals.

Do not watch these food-themed dramas, mostly from Japan and Korea, on an empty stomach, or if you do be prepared for a big DoorDash bill.