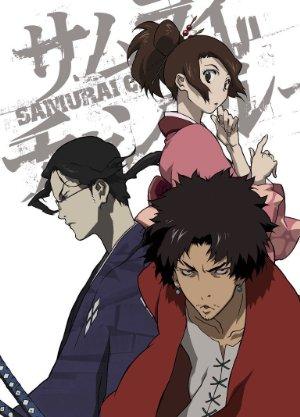 Fuu, a waitress who works in a teahouse, rescues two master swordsmen, Mugen and Jin, from their execution to help her find the "samurai who smells of sunflowers."