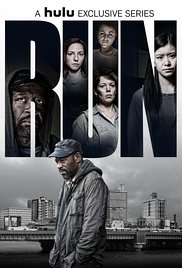 Four gritty no-holds-barred human stories of the streets, all linked together in some respect.