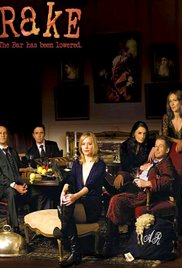 Australian criminal lawyer Cleaver Greene defends the indefensible - from bigamists to cannibals and everything in between. He is champion of the lost cause, both in the court room and in the bedroom.

These comedies help to see the funny side of the law, which can be tough when you're stuck on jury duty for the second time, or relinquishing half of your possessions after a brutal divorce suit.