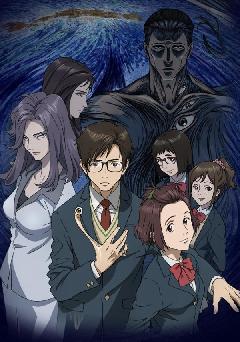 17-year-old Shinichi Izumi is partially infected by a Parasyte, monsters that butcher and consume humans. He must learn to co-exist with the creature if he is to survive both the life of a Parasyte and human, as part monster, part person.