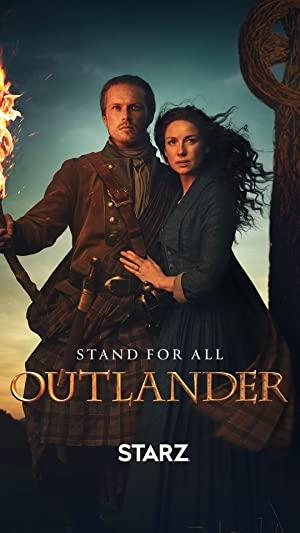 An English combat nurse from 1945 is mysteriously swept back in time to 1743.