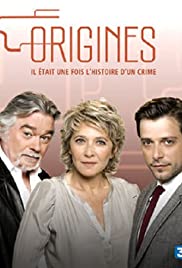 A genealogist and a cop: a great team for uncovering the origins of the crime. In French.