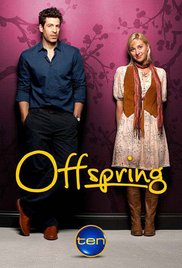 The story of the impossible loves of 30-something obstetrician Nina Proudman and her fabulously messy family.