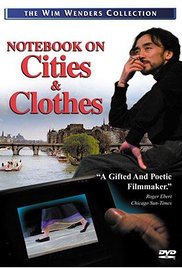 Notebook on Cities and Clothes (1989)

Notebook on Cities and Clothes (1989)

Wim Wenders talks with Japanese fashion designer Yohji Yamamoto about the creative process and ponders the relationship between cities, identity and the cinema in the digital age.

German filmmaker, photographer, and author Wim Wenders has been nominated for three Academy Awards for documentaries over a career spanning four decades.

Documentaries profiling some of the greatest fashion designers in history, including Dior, Valentino, Oswald Boateng, and Halston. Please don't watch them in those simply AWFUL sweatpants.