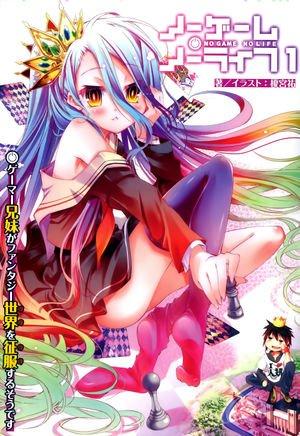 No Game, No Life is about 2 siblings named Shiro and Sora, 2 shut in gamers. When they are transported to a different world that is only run by games, Shiro and Sora have to develop lifestyle in this world of games.