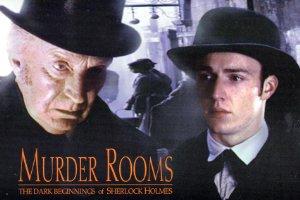 Arthur Conan Doyle reveals the story behind Sherlock Holmes and his mysteries by telling about Dr. Joseph Bell.