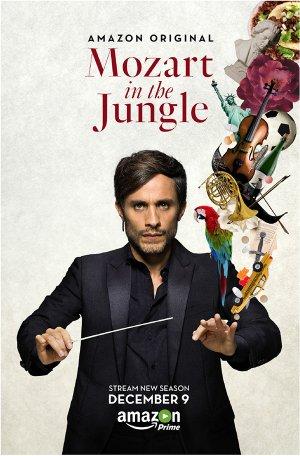 Love, money, ambition and music intertwine in Mozart in the Jungle, a half hour comedic drama that looks at finding yourself and finding love while conquering New York City. A brash new maestro Rodrigo (Gael Garcia Bernal) stirs up the New York Symphony as young oboist Hailey (Lola Kirke) hopes for her big chance.