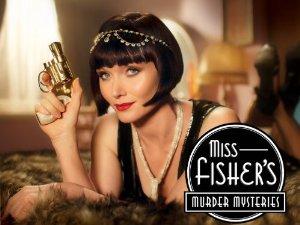 Our female sleuth sashays through the back lanes and jazz clubs of late 1920s Melbourne, fighting injustice with her pearl-handled pistol and her dagger-sharp wit.