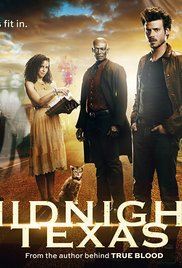 Midnight is a safe haven for those who are different, but with the presence of outsiders, the residents band together and form a strong and unlikely family.

Inspired by classic Westerns, these shows depict sheriffs and cowboys who must battle demons, vampires, and ghosts, instead of your typical cattle rustler/ Apache brave.