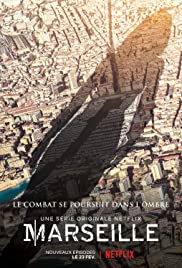 A tale of power, corruption and redemption set against the rich backdrop of the French port city of Marseille. In French.