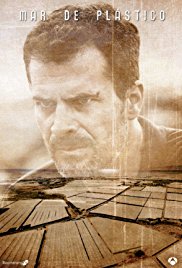 Spanish crime series about the murder of a girl called Ainhoa. Inspector Hector must find out who did it.