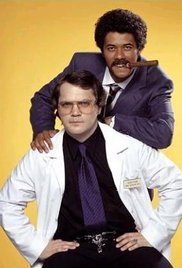 Live from his luxury apartment in London's glittering East End, Dean Learner (Club owner, Celebrity Manager, Entrepreneur and Publisher of high-class gentleman's magazines) invites you to meet some of his closest friends, Man to Man.

The son of a Nigerian father and Norwegian mother, Richard Ayoade has earned his place in the British comedy hall of fame for his roles in 'The IT Crowd' and 'Garth Marenghi's Darkplace'.

Shows Like Friday Night Dinner: Meet This Generation of Footlights

For those of you who don't know, the Footlights are Cambridge University's theater and comedy club; we've assembled a list of shows featuring the younger generation of Footlights (and their mates), as a good introduction to this generation of British comedy.