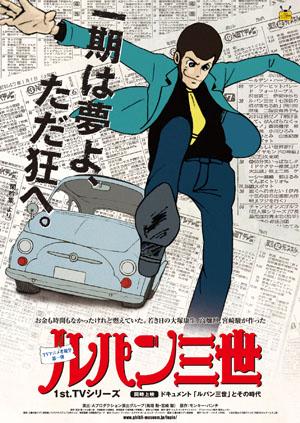 The adventures of the master thief Lupin III and his cohorts as they dive into various escapades, all the while in pursuit by the tenacious Inspector Zenigata.