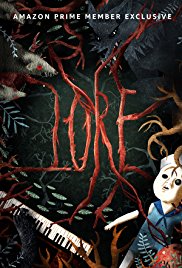 Our collective nightmare mythologies are rooted in real-life horror stories--this series, based on a popular podcast--recounts those stories.

Who you gonna' call--not these documentarians, since they will bring an entire film crew and make a mess of your haunted house.