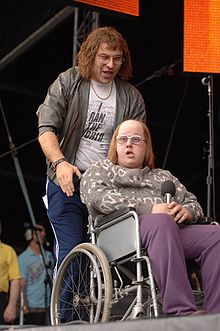 Matt Lucas and David Walliams, the creators of this character-comedy sketch show, delight in all that is mad, bad, quirky and generally bonkers about the people and places of Britain.

The Brits may have a rep for sophistication, but these shows are anything but delicate: full of potty humor, silly accents, and slogans adopted by whole generations of teenage boys - Booyakasha!

Mostly found wearing dresses and talking absolute nonsense. Also appear on TV together quite a lot.