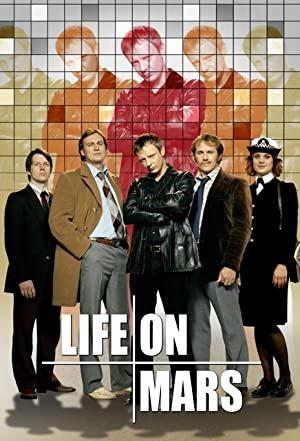 After being involved in a car accident in 2006, DCI Sam Tyler wakes up to find himself in 1973, the era of 'Sweeney' type policing, Mark III Cortinas, and flared trousers.

Just like modern police procedurals, but with actual filing involved; in fact, that dude on the 'Dragnet' poster is literally sorting papers into a manila file. Digital natives will scratch their heads.