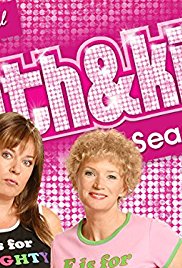 A mother, her daughter, and their respective "hunks of spunk" negotiate life in suburban Australia.