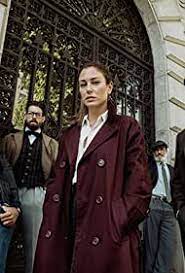 In the 1960s, Spain became a home to hundreds of survivors of the Mauthausen camp. Isabel, a young Spanish woman, is one of them. She is looking for Skorzeny, Europe's most dangerous man, but she is not alone.

The women in these dramas and dark comedies seek vengeance for abuse and harassment.