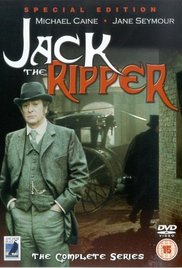 A Scotland Yard police inspector, battling the booze, investigates the Jack the Ripper murders and discovers a conspiracy that leads all the way up to the queen.

Old and new, dramas and documentaries, these shows are linked by their focus on Jack the Ripper, or in the case of the Alienist inspired by Jack the Ripper.