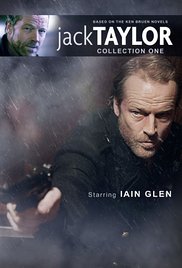 Jack Taylor investigates the murder of a priest who was beheaded.