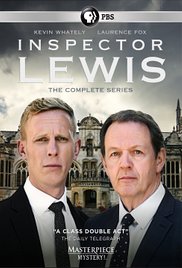 Inspector Robert Lewis and Sergeant James Hathaway solve the tough cases that the learned inhabitants of Oxford throw at them.