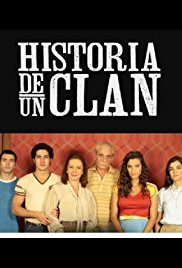 Story of an Argentinian family of Italian descent that resorts to kidnapping to make ends meet.